Museum of the History of Timurids (also called Amir Timur Museum) was established in Tashkent in 2006. Today it is an important landmark in the city. The grandiose building of the Amir Timur Museum is an example of refine architecture, in the style of the oriental architecture: a round building is topped by a huge blue dome. The entire perimeter of the building is decorated with graceful columns, they look like supporting the roof. The museum’s windows are in the form of the arched niches. The building's facade is richly decorated. Its building, surrounded by fountains attracts the attention of all guests of the capital. The Amir Timur Museum has collected more than three thousand exhibits that tell about the ancient history of our region. Among them there are paintings, historical documents that relate to the life and activity of Amir Timur, unique manuscripts, weapons, old clothes, utensils, and various coins. Each of the exhibits is a piece of history. 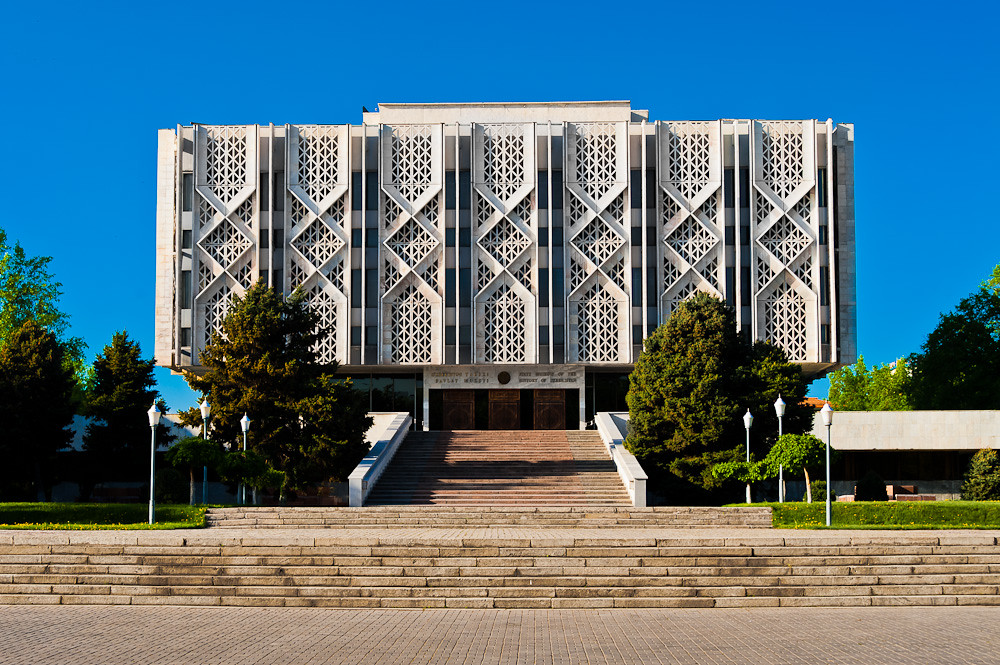 In the State Museum of History of Uzbekistan there are exhibited Zoroastrian ossuaries, Sogdian and Baktrian wall paintings, Buddhist sculptures, Halchayan ceramics and artifacts of the Temurid dynasty, which tell about the rich spiritual and material heritage of the Uzbek people. One section of the museum is devoted to modern history of independent Uzbekistan. The State Fine Arts Museum of Uzbekistan is the oldest museum in the republic. In 1918 there was nationalized the collection of pieces of art that decorated the palace of great Duke Nikolay Konstantinovich who lived in Tashkent. The collection included paintings, drawings, and sculptures by western and Russian artists, decorative furniture, articles made of crystal, porcelain and bronze. All this formed the basis for the museum. At the beginning of the twenties of the last century some pieces of art were handed over to the museum from the Tretiakov Gallery, Hermitage, Russian Museum and Pushkin Art Museum, as well as from the Moscow Rumiantsev Museum, which by that time had been closed. Later the collection of museum was enriched by acquisitions from private collections.

The Museum has a vast collection of paintings from Italy, Spain, Germany, Flanders, England, France and Holland. The real gems of the exposition of West-European sculpture are several magnificent marble statues by A.Canova.

The section of Oriental art presents samples of medieval decorative-applied art from China, India, Iran and Japan. Several show-rooms of the museum are assigned for the exhibits representing fine art of Uzbekistan. Here one can admire the paintings by Uzbek classical artists U.Tansykbaiev, N.Karakhan, the creator of "Pomegranate choyhona" A.Volkov, portraits by R.Ahmedov and B.Djalalov, works by R.Chariev, Ch.Ahmarov and D.Umarbekov. 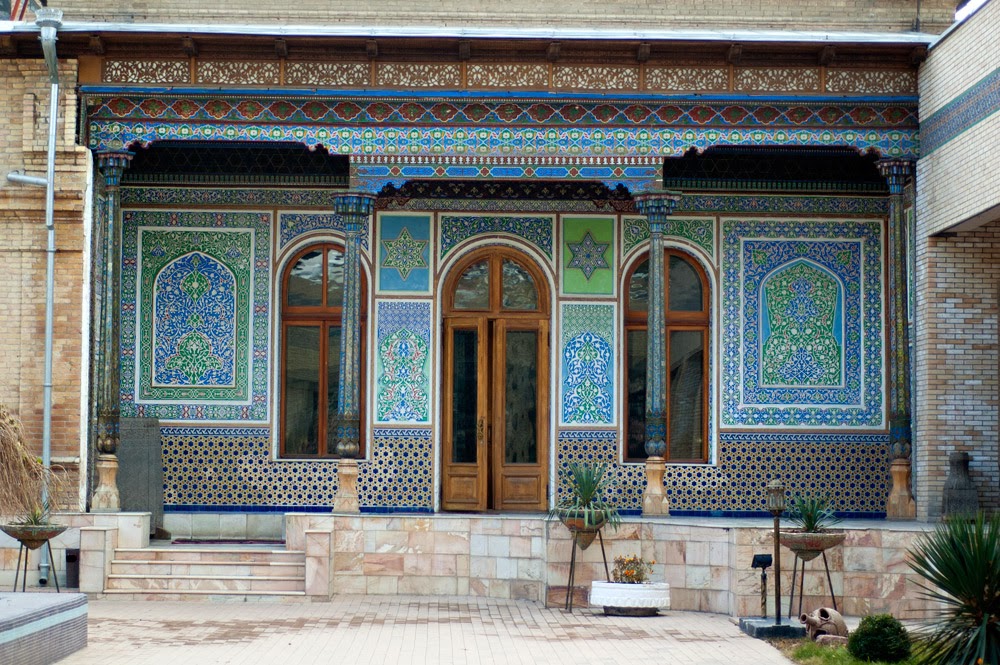 The decorative-applied art is represented almost in every museum of Uzbekistan. But for those who really fancy folk crafts the visit to the Museum of Decorative and Applied Art of Uzbekistan can bring much pleasure. Before 1917 the building belonged to Polovtsev - a big industrialist and connoisseur of traditional oriental architecture. The interior walls of the museum are decorated with ancient ganch (kind of alabaster) carving and magnificent ornamental painting. The exposition of the museum offers the best samples of local folk crafts representing virtually all the regional schools and artistic trends of the 19th - 20th centuries.

One of the unusual sights of Tashkent, which cannot be missed is Museum of Railway Technics, which is not far from the central station of the capital. It was opened not long ago, in 1989, in honor of the railroad centenary in Uzbekistan. There were collected steam and diesel locomotives alfresco in the museum. Those locomotives had the trips throughout the country long time ago. Museum of that type is one of the most interesting among its world analogues. There are performed 13 engines of historic series. Enormous black vehicle with long boilers, which are on the massive wheels, that is the evidence of power and unyieldingness of those giants. 18 diesel and 3 electric locomotives are introduced to visitors of the museum with the development of the railway technics in Uzbekistan. The coach collection of different functions allows to learn that the coaches of engines can be different. That depends on the transportation of the cargo or which functions the engine implements. Moreover, the museum of railway technics has elongate shape almost of 1 km and excursions are often held at the small engine, which plies from the entrance till the distant edge of the park. At the museum there are presented details and equipments which were used earlier. Semaphores and radio are working at the system of Morse code, and a lot of more.

One of the most famous museums in Uzbekistan, a real phenomenon of "museum in the desert" as it was called by the leading art connoisseurs and experts, is the Karakalpak State Art Museum in the town of Nukus . It is named after its founder and the first director Igor Savitsky. The archeological exhibits of the museum tell about the intellectual wealth and culture of the ancient state Khorezm - the cradle of Zoroastrian doctrines, about trade relations of the Khoresmians with the antique world. The museum has a big collection of unique medieval ceramics, national Karakalpak silver and cornelian jewelry, traditional carpets.

Today in Uzbekistan there are more than 40 museums. Almost half of them are located in the capital of the country. And each of them, whether it is the Tashkent Museum to the Victims of Political Repressions or the Andijan Museum of Literature and Art, the Bukhara Architecture and Art Museum-reservation or the Archeological Museum in Termez, all of them possess really unique exhibits which are of everlasting historical and cultural value, and which tell about Uzbekistan - the country on the "golden sector" of the Great Silk Road.